In an attack, the likes which has been unseen for the past 2 years, pivo terrorists hit London in late August. 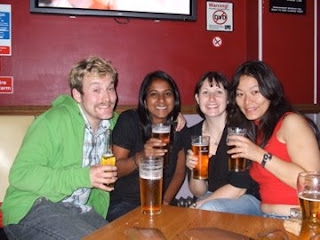 These smiling faces conceal hardened and dangerous pivo terrorists, who are almost as unpredictable as the crazy bar owner at World's End pub who terrorized a hot dog vendor's cart with a fire extinguisher. 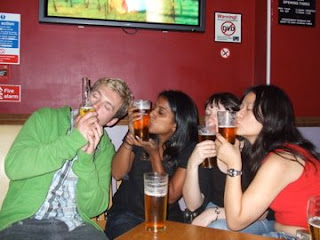 United by a love of pivo, as well as personalized dance moves, they pay homage to the pivo any time possible. 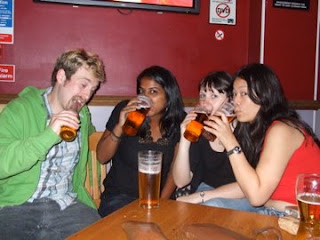 Years pass, the location of training camps change, but the message of the pivo terrorists remains the same--- just drink bitch. 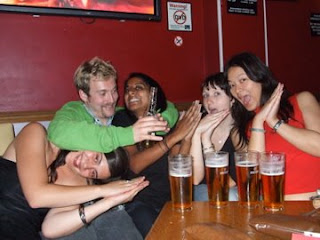 Despite the harsh training schedule the pivo terrorists still found time to let loose and indulge in a favourite past-time. Shaking it like a polaroid picture. 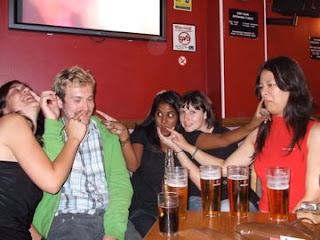 They were seen parting ways quickly, leaving pivo behind to catch transport out of the attack zone. When will they attack again? All we can do is wait, but 2009 may be a year to remember.
Posted by Aruna at 2:17 PM 2 comments: Links to this post 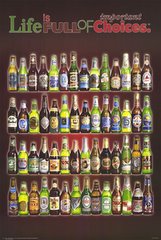